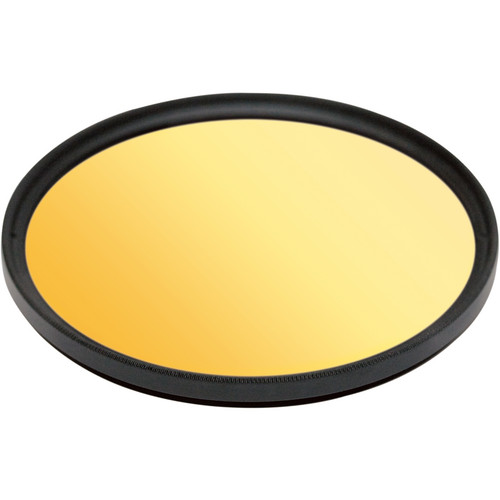 Key Features
The 67mm Underwater Barrier Filter from BigBlue is designed to help capture images or video of fish or coral that emit fluorescence while being exposed to a blue or UV excitation light.
More Details
In Stock
Share
Print
$31.99
Protect your Gear
Add a protection plan from $3.99
Size
58mm62mm67mm77mm
800.606.6969

The 67mm Underwater Barrier Filter from BigBlue is designed to help capture images or video of fish or coral that emit fluorescence while being exposed to a blue or UV excitation light.

Fluorescence is a process that begins with chemical compounds called fluorophores as they absorb light energy from an outside source. Atoms and molecules within the fluorophores then emit their own light at lower energies and wavelengths that correspond to the original light source, making the fluorophores appear to glow. The proteins in many fish, coral, or other underwater life contain fluorophores, creating the opportunity for unusual or unique images. Since blue or UV wavelengths with their relatively high energy levels can yield the most intense fluorophore reactions, blue or UV light sources are considered ideal for producing the most colorful and easy-to-photograph fluorophore effects.

However, because the light from a blue or UV lamp used to excite the atoms and molecules within the fluorophores is more intense than the lower-energy fluorophore glow, such lamps can end up obscuring that glow from fish or corals while trying to photograph them. The Bigblue 67mm Underwater Barrier Filter makes it possible to capture images of fluorescing underwater life by blocking the light from a blue or UV excitation light being used to provide the energy needed to initiate the fluorophore reaction while allowing the resulting glow into your lens and camera.

This filter is designed with the ability to be used on a camera lens within an underwater housing. It is constructed from acrylic and features a thin, aluminum-alloy filter ring for durability while remaining lightweight.

Packaging Info
See any errors on this page? Let us know

Can this also be used on an underwater housing?
Asked by: Stephen
Of course. I am using it on the sony housing.
Answered by: Anonymous
Close
Close
Close