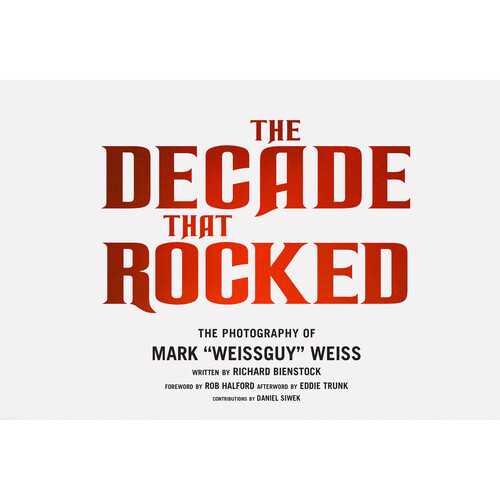 Relive Mark Weiss's journey through rock history, from getting arrested for selling photos outside of a KISS concert to touring with legends like Van Halen, to photographing Bon Jovi's infamous "Slippery When Wet" shoot, shooting backstage at Live Aid with Black Sabbath, and much more. Creem magazine readers ranked Mark Weiss as rock's top photographer of the '80s. His work has appeared on some of the most iconic album and magazine covers of all time.

Captured from the unique vantage point of a photographer who lived and breathed the '80s in all its grit and glory, The Decade That Rocked brings to life the no-holds-barred sounds and sights that changed the world of hard rock and metal forever.