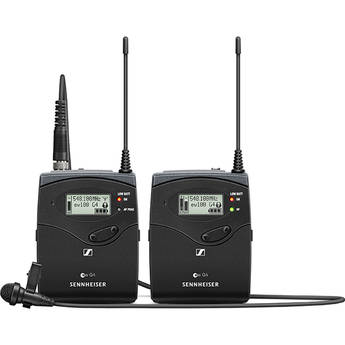 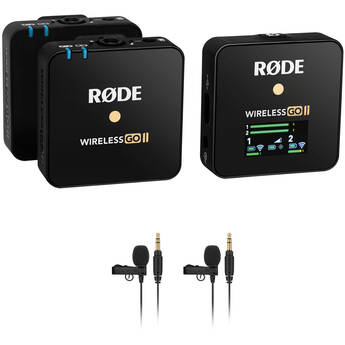 Available in other Styles, Configurations & Kits
$11900
In Stock

Microphones, recorders, and field mixers are evolving with the rest of technology. Advancements in reliability make a wireless system an excellent choice for microphone users that require freedom of movement. The clarity and affordability of newer systems are now equal to that of wired ENG microphones and equipment. There are a few things to consider when choosing a wireless mic system.

Microphone receivers pick up transmitter signals and convert them to audio. With wireless microphone receivers, the audio signal converts to a radio signal that travels to the transmitter via airwaves. The benefits of wireless receivers include the ability to move from place to place with ease, less concern about frayed or burned-out wires, and ease of setup. They may also save users money in the end, as there's no need to replace damaged wires. What differentiates ENG (electronic news gathering) microphone receivers from more general mics is the inclusion of shock-absorbing mounts that minimize the sounds of handling the devices. This feature makes these mics suitable for highly professional settings, such as interviews and news broadcasts.

There are a number of ENG wireless receivers on the market, and features vary by brand and model. However, there are some commonalities. For instance, the two primary types of receivers that people use in wireless mic systems are single-antenna mics and dual-antenna mics. Use a single-antenna mic for basic applications, but keep in mind that it's prone to occasional signal loss due to the mobile transmitter going out of range. A single-antenna mic also functions on one receiving antenna and one tuner. The dual-antenna option is more suitable for frequent movement. It functions using two antennas and two tuners; the circuits in the receiver choose the best signal, which results in less signal loss.

Large venues such as arenas require dual-antenna receivers, as there's more space to cover, while single-antenna receivers work well for smaller areas such as school gyms. Combining wireless mic systems with other sound system components can enhance quality. There are multiple options for field mixers, preamps, and accessories for wireless systems. Field mixers increase audio quality and provide options for connecting signals to other devices. Combined with a preamp, a field mixer can increase the quality of wireless transmissions. A preamp amplifies signals so they reach normal levels for the wireless receiver.

Microphone transmitters are available in two primary types, just like receivers. The first is a mini transmitter that's often no bigger than a standard cell phone. The second type is in the handle of the microphone, as in the case of a wireless microphone. Wireless transmitters convert audio signals to radio signals and broadcast them through the antenna. The government regulates these signals, and they can travel up to 1,000 feet depending on equipment and conditions. Wirelessly equipped transmitters require batteries to operate, and are convenient for musicians and reporters who often move quickly and cover large areas.

Find the latest in portable recorders and accessories as well as wireless mic equipment. Check out B&H Photo and Video, and create the ultimate wireless system.