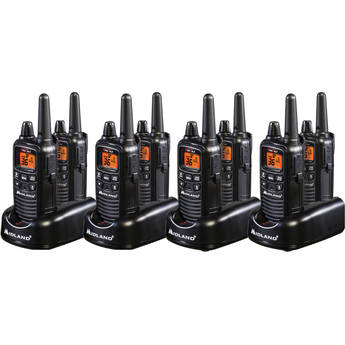 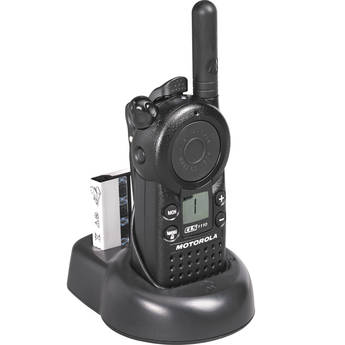 If you need to communicate directly with other people when you aren't face to face, two-way radios are a convenient solution, especially when using cell phones isn't appropriate for the situation, such as while working in wooded areas where there are no cell phone signals. While there are a number of options available for two-way radios, it's easier to decide with some knowledge about them and their features.

Two-way radios, also called walkie-talkies, are handheld electronic devices that send and receive communication using radio signals, allowing connections between parties at a distance. You choose a channel, and then anyone with a radio can talk to each other on that channel. Unlike cell phones, you don't need an external signal. The devices communicate directly with each other, which can be helpful for communication in areas where cellular signals are weak or unavailable. Radios are also advantageous over phones when there's frequent communication, especially when dialing and answering takes up a lot of your time and energy.

How to Choose Two Way-Radios

When selecting handheld two-way radios, one of the most important considerations is the range of communication. Some devices work best over short distances, while others are made for long distances. Additionally, you'll want to decide on an appropriate number of channels. The more channels available, the less likely you are to have interference if a large number of radios are in use in your area. If you're going to be using the radios outside, opt for waterproof two-way radios, so you don't have to worry about weather conditions on the devices. Rechargeable two-way radios are also a suitable choice for outdoor use, especially when you're outside for long periods. Some radios feature privacy codes, which could be useful if you plan on transmitting sensitive information.

Whatever your needs, there are a wide variety of walkie-talkies, two-way radio accessories, and other communication solutions available at B&H Photo and Video. You're sure to find one that works for you.