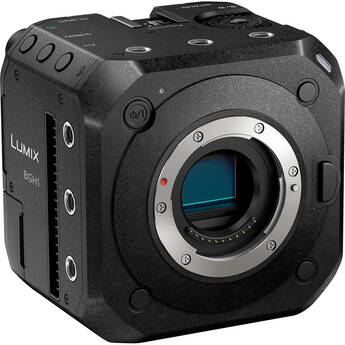 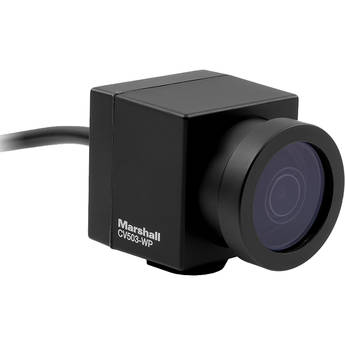 Multipurpose and industrial cameras have many uses, including broadcasting, surveillance, industrial applications, and in autonomous vehicles. Most are capable of filming at 1080p, while many also have 4K ability. Unlike digital cine cameras, industrial cameras are no-frills cameras without viewfinders or local monitoring capabilities, and they're meant for unattended operation. They're compact, with a plain exterior.

Industrial cameras can be used in harsh environments where reliable operation is essential. Their construction is deceptively simple, consisting of relatively small box cameras containing sensors, electronics, lens mounts, and external connection terminals for power, network, and video connections. Some cameras have onboard storage for recording media, but most rely on high-speed, wide-bandwidth data connections to transfer feeds to a central location. Cameras primarily intended for surveillance operations have remotely controllable optical zoom lenses, and others have interchangeable lens mounts allowing the installation of appropriate lenses. C-mount cameras are popular because of the wide availability of C-mount pro video and cine lenses and accessories.

Use as Broadcast Cameras

Many people frequently use HD and 4K multipurpose cameras to supplement broadcast video cameras at sports events, concerts, and other occasions. Their compact size and light weight means you can discretely mount them in convenient locations, or fit them to aerial platforms. Sony broadcast cameras are fully-compatible with full-size cameras, as they have the same control system as studio cameras. Panasonic broadcast cameras add UHD recording capability, along with IP streaming and IP remote control features for seamless broadcasting performance.

You can find multipurpose cameras widely used in industry for quality assurance, opto-sensory measurements, diagnostics, and traffic monitoring. Some incorporate a region of interest feature, or ROI, which discards everything except the area of interest, allowing for faster frame rates and higher effective bandwidths. Other cameras operate at a low-frame rate until they detect movement; at that point, they switch to a burst mode to capture relevant detail while reducing the overall volume of data captured.

There are two types of sensors: CCD and CMOS. CCD sensors are older but reliable, producing high-quality pictures with little noise. CCD sensors also use global shutters that capture the entire image at one time, avoiding distortion of moving subjects, but at the expense of movement blur. Some CMOS sensors have global shutters, while others use rolling shutters. Rolling shutters capture pixels sequentially, so they're more suitable for capturing detail, but they may cause angular distortion of moving objects. CMOS sensors require less power, making them more energy efficient, and it's common to find them in UHD and 4K cameras.