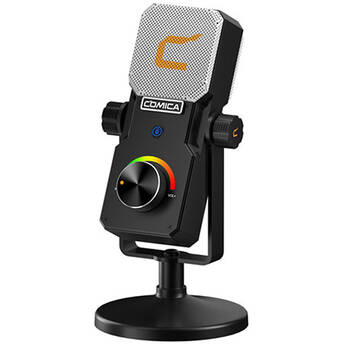 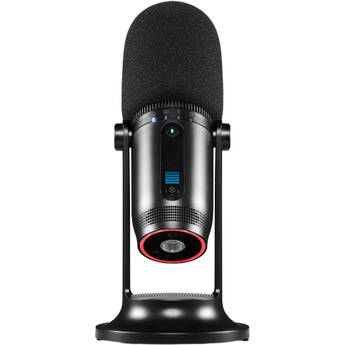 Large diaphragm condenser microphones (LDMs) are the tools of choice for recording-studio engineers seeking to capture a deep, rich sound with superior frequency and transient responses. Generally, recording studio microphones are considered large if their diaphragm (the vibrating membrane that captures audio) is one inch in diameter or more. However, some manufacturers refer to the general size of the whole unit when classifying microphones by size. Like all condenser microphones, LDMs require a power source.

Thanks to their greater surface, larger diaphragms capture more audio than their smaller counterparts, and thus offer superior noise performance. In fact, large diaphragm models were once the norm, as their efficient sound capture effectively compensated for the interference emitted by old-style amplifiers. In high-end models, self-noise can be as low as 7 dB-A, around half of that of typical small-membraned units. Another plus for larger units is that vocalists and instrumental soloists prefer their rich and vibrant sound. However, small diaphragm condenser microphones offer superior transient, accuracy, and frequency responses. In addition, their consistency makes them the mic of choice for engineers seeking to capture the sound of orchestras and choirs.

Studio condenser microphones come in two main types: small and large diaphragm. The most obvious difference between large and small types is that LDMs are bulky and side addressed, while small diaphragm condenser microphones tend to be slender in form with the capsule at the top of the tube. The most popular type is the cardioid condenser microphone, named after its heart-shaped pickup area. It captures sound from the front and sides, but not from the rear, which reduces ambient noise.

You can choose from several types of large diaphragm condenser mics and studio mic sets, including tube/valve microphones. These mics feature nine polar patterns, including cardioid, to deliver outstanding audio quality from all kinds of sources. You can also go for USB condenser microphones, which connect to laptops, tablets, and other computerized devices. Other options include dynamic recording microphones. Compared to condenser microphones, these are much tougher and more durable, which makes them ideal for use in live performances. The formerly popular bidirectional ribbon recording microphones are now making a comeback because of their ability to capture warm, natural sound.

Reflection filters help minimize the ambient noise that can contaminate your audio recordings. These often come as parts of large diaphragm condenser microphone kits, and you can buy them separately. Other components often included in kits are shock mounts to reduce vibration, and pop filters that you position in front of the mic to remove plosives from speech and vocals.