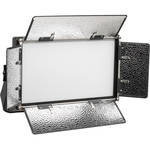 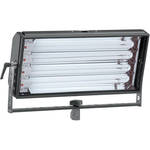 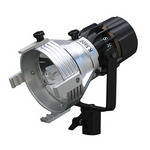 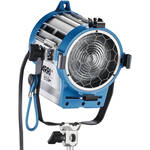 Using Continuous Lighting in the Studio

While some photos need just a brief flash of light to set the scene, extended shoots and video productions require continuous lighting centered on the subjects. There are various types to choose from, each producing different kinds of illumination to meet a range of needs and to highlight the details of both human models and objects such as vehicles, jewelry, and pieces of art, whether by shining on them directly or through a diffusion panel.

LED spotlights and other types of LED lighting produce less heat than other lighting options. Many light fixtures raise ambient temperatures, and even feature onboard fans to keep them cool. By contrast, LED lights remain cool even when running for long periods, and are also energy-efficient choices. LEDs produce daylight-hued illumination that looks natural on recorded footage, and are even available in sets for lighting up an entire studio scene. There are many LED models to consider, such as Fresnel lights for film or for cameras, which use specialized lenses and reflectors to focus the light beams. There are also panels with adjustable beam angles and LED floodlights to illuminate large areas.

Studio lights that use tungsten bulbs produce warmer light that has a noticeably different look and color than other lighting types. These also come in forms such as floodlights and studio lighting with barn door openings to adjust the angle of illumination. Some tungsten lights have wooden handles that don't conduct heat, so they stay cool to the touch for safe operation.

A primary benefit of fluorescent lights is that they're inexpensive and easy to replace. They have a low light output, which is suitable for object photography and videography, and they work well with softboxes and other accessories often included in lighting kits.

When light needs to go a longer distance, HMI and plasma lights are reliable options. Offering compatibility with a range of fixtures, they have a longer throw than other lighting types, while still being energy-efficient choices. Their long throw also makes it easier to keep them off-camera. These kinds of lights also work safely on 20A circuits while still having impressive brightness output. Their versatility makes them ideal for video production.

B&H Photo and Video has everything you need for a continuous lighting setup, including accessories such as ballast kits and cables to keep everything connected and balanced.