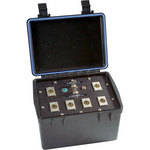 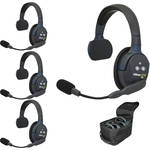 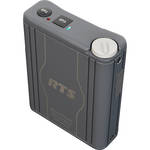 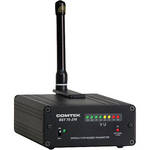 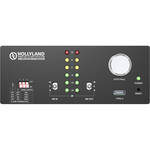 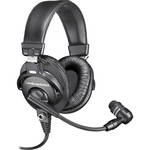 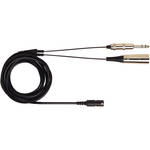 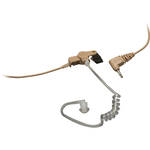 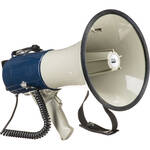 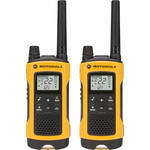 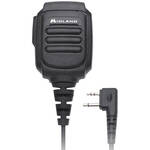 IFB communication systems are commonly used by professionals in the film industry to help directors communicate with talent. IFB stands for "interruptible foldback," and it's a one-way communication system that usually involves an earpiece worn by on-set talent. While this system is popular in film and TV, you can also use it in radio and small-scale video productions. It is an "interruptible" system because the director can interrupt the main monitor mix at any time to provide specific instructions to the talent.

An IFB system relies on a special intercom circuit that sends a mix-minus feed to the talent's earpiece. A mix-minus feed helps reduce feedback, which is important when giving clear instructions. While wired systems are possible, modern IFB systems rely mostly on wireless intercom transmitters and receivers. Modern transmitters and receivers are small enough to wear on your waist, and they offer features such as push-to-talk operation and lithium-ion batteries. These wireless belt packs typically require additional IFB control systems, mixers, and intercom systems to be fully functional IFBs.

Aside from transmitters, you'll need special earpieces for your IFB system. While there are some wired earpieces available, most IFB systems feature wireless IFB earpieces. These are small, and work well in situations where you need to hide the earpieces from the audience or viewers. In other situations where you're unable to hide earpieces, consider less discreet options like intercom headsets or broadcast headsets.


When to Use IFB Communication Systems

There are many situations where IFB systems may be necessary. Actors in stage productions sometimes depend on these kinds of communication systems to receive cues. Additionally, a film crew may wear IFB headsets to get signals from directors, and then deliver nonverbal cues to the actors on set. In some cases, actors in film productions wear earpieces to remember their lines—with someone on the other end providing the information. Newscasters may use the communication system to receive updates from directors and producers during live news broadcasts.


If you need an IFB communication system for your project, B&H Photo and Video offers a wide selection of transmitters, eartips, and other IFB and cueing hardware.