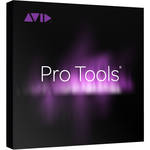 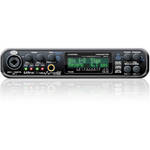 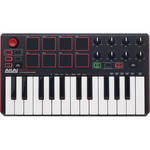 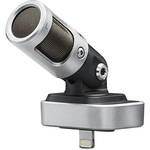 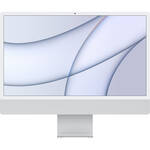 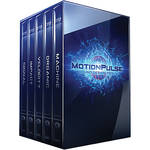 What Is a MIDI Keyboard?

This electronic keyboard looks like a piano. In addition to its "piano keys," this instrument may also have programmable buttons, sliders, and knobs. MIDI keyboards are essential computer audio control surfaces used for audio production. They connect to digital audio workstations (DAWs) via USB, and work with installed sound production software. These keyboard controllers may also have five-pin MIDI connectors to hook up to sound modules, stage/digital pianos, and synthesizers capable of processing MIDI signals.

Manufacturers and musicians categorize MIDI keyboards by size and keyboard action. The most common size classes are 25, 49, 61, and 88-key models. Choose a 25-key unit if you want portable and light audio recording equipment. Note that it's only big enough for one-handed play. The 88-key model is a full-featured MIDI device with the same number of keys as an acoustic piano.

When classified by keyboard action, there are weighted, semi-weighted, and unweighted MIDI keyboards. Unweighted or synth action models use spring-loaded keys that depress more easily than weighted keys. Models with weighted keys are best for those with extensive experience playing the piano.

What Is Digital Audio Software?

This is the software part of a DAW. The desktop program allows the user to edit audio tracks captured from connected audio controllers. Digital audio software ranges from simple two-channel editors for beginners to multifunctional software suites used by recording studios. In addition to editing tools, it also has recording and playback capabilities. Desktop DAWs have more features than smartphone-based mobile versions. Full-featured audio software programs have rich libraries of plug-ins that extend their functions. Users can also add loop tracks and sound effects from sample CDs and DVDs.

What Is the Function of an Audio Interface?

An audio interface is a device that improves the audio capture capabilities of a computer-based DAW. This hardware sits between the computer and other professional audio equipment. It delivers higher resolution audio output than the sound cards found in computers. Another reason to use this device is its varied selection of input and output ports. With these, broadcast studios and professional musicians can connect multiple microphones, music instruments, and MIDI controllers to their computers. Take advantage of the digital and analog connectors on computer audio interfaces and systems to combine audio signals from different sources.

Build your dream recording studio by picking the right MIDI keyboard, audio interface, and digital audio software. Check out the audio equipment store at B&H Photo and Video to find all the professional recording gear needed to improve your sound.